I agree with the historian Bruce Chadwick’s plea against the censoring of movies and other art forms because of their portrayals of history are objectionable, but I wouldn’t call it “the censoring of history.” These works of art were not meant to be accurate portrayals of history but creative interpretations  of historical events meant to entertain or provoke. And how this “takes us back to the Dark Ages” is unclear. Nevertheless, Chadwick makes a good case against censorship  of all forms of art. Read his entire article at:

History News Network | The Censoring of History and Politics Takes Us Back to the Dark Ages.

The WordPress.com stats helper monkeys prepared a 2014 annual report for this blog.

A San Francisco cable car holds 60 people. This blog was viewed about 2,100 times in 2014. If it were a cable car, it would take about 35 trips to carry that many people.

Like Loading...
The historian Steve Hochstadt comments on the Senate Intelligence Committee Report and concludes: “It is noteworthy that those conservative Americans who insist most loudly that we should follow the founding documents literally, and who also insist that the US is an exceptional nation because of its moral virtue, defend torture because they believe it is effective. The rejection of torture as immoral has now become a “liberal” idea, just as it was in the 18th century, when the most liberal political leaders in the world founded our nation.” Read his assessment at:

In France, Vestiges of the Great War’s Bloody End – NYTimes.com. 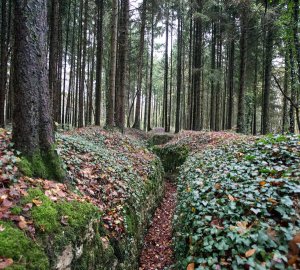 Weighing up the evidence for the ‘Historical Jesus’. 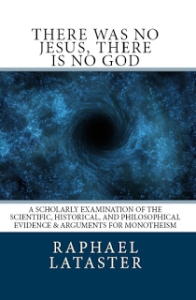 I love this story! It was a bright spot in a horrible war. It gives me faith in humanity, and exposes the folly of war. It breaks my heart when these young men are forced to return to the trenches to begin killing each other for no reason. Soon suffering and propaganda fostered a hatred that ensured that they could no longer see each others humanity. There would be no more truces.

Does anyone else find this disturbing? An organization called Campus Watch audits the courses of professors who teach in the area of Middle Eastern studies to ensure that they align with their pro-Israeli perspective. On their website they claim that their organization “reviews and critiques Middle East studies in North America with an aim to improving them. The project mainly addresses five problems: analytical failures, the mixing of politics with scholarship, intolerance of alternative views, apologetics, and the abuse of power over students. Campus Watch fully respects the freedom of speech of those it debates while insisting on its own freedom to comment on their words and deeds.” A review of their activities show that they are only perpetuating the “problems” they profess to be fighting against. While they do have the right to free speech their efforts to harass professors with views that are different from their own goes beyond their right to criticize those they disagree with. It is a very dangerous trend that I believe does not actually serve their real purpose (promote Israel as innocent of all wrong doing). James Gelvin, professor of history at ACLU, is their latest victim. One of Campus Watch’s representatives, Cinnamon Stillwell, attacked Gelvin in an article entitled “UCLA Prof Assigns Pro-Israel Book in Order to Trash It.” In one of his courses, Gelvin had required his students to read Alan Dershowitz’s The Case for Israel in order to critique it. Stillwell claims that this critique was not extended to other assigned material. But Gelvin pointed out that he also assigned a book with the opposite perspective and that “the assignment explicitly states that significant errors from both books must be cited, critiqued, and corrected.” For the full debate go to:

The goals and practices of Campus Watch go beyond the right to free speech, it amounts to harassment with the goal of stamping out all view points on campuses across America that do not conform to their ideological viewpoint. I believe that this trend is dangerous to not only to academic freedom but also to the prospects of peace in the Middle East. It serves only to perpetuate hatred and undermines any real attempts to solve the Israeli-Palestinian conflict.

Like Loading...
Alfred McCoy, historian and author of the books Torture and Impunity and A Question of Torture, interprets the Senate Intelligence Committee report on CIA torture within the broader history of United States’ conflicted relationship with torture. In conclusion, he writes: “Despite its rich fund of hard-won detail, the Senate report has, at best, produced a neutral outcome, a draw in this political contest over impunity. Over the past forty years, there have been a half-dozen similar scandals over torture that have followed a familiar cycle—revelation, momentary sensation, vigorous rebuttal, and then oblivion. Unless we inscribe the lessons from this Senate report deeply into the country’s collective memory, then some future crisis might prompt another recourse to torture that will do even more damage to this country’s moral leadership.” Read his entire essay at:

History News Network | How to Read the Senate Report on CIA Torture.

Like Loading...
Christopher Rose discusses his experience with the Texas State Board of Education and textbook approval in this article on the HNN. He concludes: “What I have learned from this experience is that it is important for scholars like those in the Department of History to get their voice out there. As Dr. Jones pointed out in her testimony, what’s being taught in Texas schools has a direct bearing on what happens in university classrooms. We have to be active as public scholars and historians—and for me that’s the most important lesson I’ve learned.” Read his interesting account at:

History News Network | Does Texas Care About the Truth in the Textbooks It Approves?.

I’m shocked that some Americans think that torture works! Even before I started studying history I thought that the issue was settled. After years of studying history I’m even more convinced that torture doesn’t work. The evidence does not support it. All it has done is spread human misery and suffering. Lawrence Davidson reminds us of the history that debunks the myth that torture works in his article “The Forgotten Futility of Torture – An Analysis.” I would like to believe that a familiarity with history could make a difference in changing minds, but I’m afraid that Davidson is correct when he concludes that “[n]o one has yet been able to secure a meaningful place for relevant and accurate historical knowledge either in the mind of the general public or in the deliberations of policy makers. However, in both cases, ignorance and false assumptions seem secure in their positions of influence.”

Please read his full essay on this topic at:

History News Network | The Forgotten Futility of Torture – An Analysis.