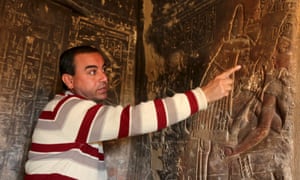 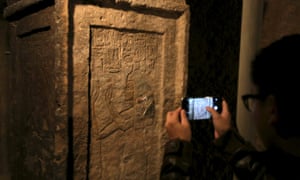 “Infra-red scanning of King Tutankhamun’s tomb could support a British archeologist’s theory that Queen Nefertiti — or another ancient Egyptian royal — is also buried there, Egypt’s antiquities minister said Thursday. Archaeologists have never discovered the mummy of the legendary beauty, but renowned British archaeologist Nicholas Reeves said in a recent study that her tomb could be in a secret chamber adjoining Tutankhamun’s tomb in the Valley of Kings at Luxor, southern Egypt. Egypt in October launched a study known as “Scan Pyramids” bringing together Egyptian, French, Canadian and Japanese experts to unravel the “secrets” of the Giza pyramids outside Cairo.” Awesome!