In The New York Times Jon Grinspan argues that it was “the Northern moderates,” not the abolitionists, who ended slavery. According to Grinspan, we have credited the abolitionists with the victory because “[w]e like the idea of sweeping change, of an idealistic movement triumphing over something so clearly wrong.” While his article implies that these types of movements are ineffective, at the same time he seems to cheer them on concluding: “We can only wonder which of today’s unpopular causes will, in 150 years, be considered the abolitionism of 2015.”

Grinspan’s argument seems to rest on the assumption that only concrete changes count. It was the abolitionists who laid the moral foundation that made the actions of the Northern moderates possible. I count that as a victory!

Was Abolitionism a Failure? – NYTimes.com.

This is not too surprising. As Adam Steedman Thake admits: “The human mind is, and has always been, a fragile thing which can be damaged during periods of intense combat.” But it is still interesting. 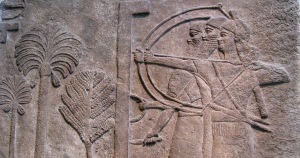 John Stauffer, a Professor of English and African-American Studies at Harvard, received a flurry of criticism after he claimed that “between 3,000 and 6,000 [blacks] served as Confederate soldiers.” Apparently he used literary sources to make the claim without checking out the historical evidence. Opps! Literary sources can be useful to a historian, but the claims made in must either verified by other types of evidence or used as windows into the perceptions of those who wrote the literature. For more on this story:

What Counts as Historical Evidence? The Fracas over John Stauffer’s Black Confederates | Historista. 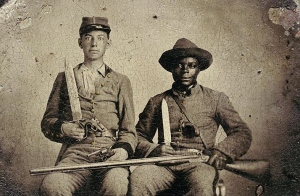 If you have any romantic notions about what it was like being an eighteenth-century pirate in the Caribbean this will make you think twice. yikkers!

Like Loading...
M. AndrewHolowchak explains why Conor Cruise O’Brien’s claim that Jefferson favored an anarchic freedom that must be maintained with the blood of martyrs is a misreading of Jefferson’s vision. It is this reading of Jefferson that has been championed by some to justify their own pursuit of an absolute freedom from all governmental constraint. It was also this vision that, in part, inspired Timothy McVeigh to bomb the federal building in Oklahoma City. He was wearing a t-shirt on the day of the bombing with the famous quote from Jefferson:”The tree of liberty must be refreshed from time to time with the blood of patriots and tyrants.” ButHolowchak argues that this is a misreading of Jefferson. Jefferson’s ideal of liberty was more nuanced and progressive.  “O’Brien commits Jefferson only to “negative liberty” of a radical sort, which amounts to freedom from governmental intervention in any activities whatsoever. Jefferson’s embrace of negative liberty, however, is freedom from the encroachments and corruptions of government—i.e., freedom of all citizens from the tyranny of one or some group of humans with power—not freedom from all encroachments. Some encroachments are needed to preserve freedom. Government must act in ways to maximize opportunities for human flourishing—e.g., advocacy of freedom of religion, repeal of entails and primogeniture, and push for general education of all citizens.”
“In sum, Jefferson was never committed to liberty per se, but always committed to liberty in the service of intellectual and moral advance.”

History News Network | Can Timothy McVeigh and His Ilk Claim Jefferson as a Hero of Liberty?.

Like Loading...
The historian Lawrence Davidson offers a reasonable solution to the cycle of violence we are currently stuck in, but I’m afraid that he’s also correct that “there may be a perverse correlation between how much blood is shed and our eventual moment of self-examination.” If history is any guide there will be a lot more blood shed before begin to seriously self-reflect and commit to the hard choices that will end the vicious cycle.

Based on the work of the archaeologist Roland Fletcher, Srinath Perur warns us that we may suffer the same fate as “Tikal, Angkor and Anuradhapura.” These ancient cities  collapsed “after thriving for more than a millennium.” And despite the fact that they “were very different cities in their geography, environment and social and political functioning…they all had operational similarities: extensive land clearance, sprawling low-density settlement patterns, massive infrastructure – all of which are attributes of modern cities. The extended infrastructure of Angkor and Tikal proved vulnerable to a changing climate, something else that may be upon us.”

What the collapse of ancient capitals can teach us about the cities of today | Cities | The Guardian. 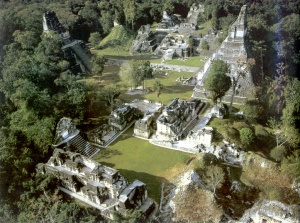 Like Loading...
Here is another perspective on the lessons from the Great Depression, but in this case the focus is Europe. Barry Eichengreen has some great insights into the current European situation, particularly in his observation that “Across Europe, anti-system parties of Left and Right are gaining political traction. That perverse policies and economic hard times feed political extremism is another important implication of the 1930s. It is still not too late for European policy makers – and historians – to get this lesson right.”

History News Network | Europeans Need to Reconsider the Lessons of the Great Depression.

I think that it is regrettable that we are talking about LBJ when we should be talking about civil rights in response to the movie Selma.  But I also agree that LBJ’s role in the passage of the Voting Rights Act should not have been misrepresented. While artistic license in historical moves is standard practice (as it should be) there should be some concern for historical facts, particularly when the subject matter is so important. In The New York Review of Books Elizabeth Drew explains what the movie Selma got wrong (and what it got right). In conclusion, she writes: “Some remarkably specious arguments have been proffered that it doesn’t matter if a movie distorts important history. One writer about films suggested on MSNBC that this whole argument is nothing but Oscar competition cooked up by rival film companies. A film critic for The Washington Post argued that we should simply get used to the idea that films pretending to represent history are going to contain falsities—and that we can then discuss why the director made these choices. But how are we to know? Is every kid who’s misled by Selma going to take a seminar on it? Our history belongs to all of us, and major events shouldn’t be the playthings of moviemakers to boost their box-office earnings. They are no more entitled to falsify such important history than anyone is to paint the Washington Monument orange.”

‘Selma’ vs. History by Elizabeth Drew | NYRblog | The New York Review of Books.