This is a great story: What was the dancing plague of 1518? – Ask History

After a brief history of the world of the Christian King of Castile and Leon,  Alfonso, the historian Simon R. Doubleday invites us to follow his example. “Alfonso’s open-mindedness and outward gaze remind us of the need to engage deeply with the cultures of peoples and faiths that inspire fear. Today, the discourse of mainstream politics is distorted by a closure of the imagination that contrasts sharply with the thirteenth-century conviction that wisdom, intellectual accomplishment, and the pursuit of fascination should be prerequisites for true leadership, even (and especially) in the face of terror. ” This type of wisdom is sorely needed today!

Last week Carly Fiorina stated that her “degree in medieval history and philosophy has come in handy, because what Isis wants to do is drive us back to the Middle Ages, literally.” Knowing the relevant history is helpful in understanding the current events in the Middle East, but it’s not enough, especially if your understanding comes from a single period of time and which you studied at the undergraduate level forty years ago! And as David M. Perry points out, “While the Middle Ages do in fact shape contemporary events all the time, Fiorina unfortunately almost always gets the lessons of history wrong.”

And what is more troubling in Fiorina’s statement is that she’s using “medieval” in a particular way that it not constructive in dealing with the present situation. As Perry explains, “When we use the word “medieval” to characterize something we don’t like, be it Isis, the Ferguson Police department or Russia’s driver’s license regulations, we are trying to impose chronological distance between ourselves and things we find unpleasant. Thinking of distasteful or evil aspects of the modern world as belonging to the past makes it harder, not easier, to understand their causes and fight them.” 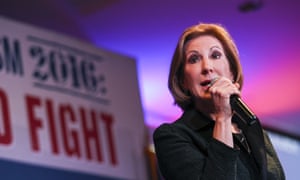 In his review of three new books* on the Middle Ages, Eric Christiansen challenges the popular belief that the Middle Ages were dark. He claims that it is an unfair characterization of the Medieval period, “because it has been found again and again that our skills, laws, liberties, nations, and languages are the result of hard work in the millennium reputed dark, unlit by reason, and recessive from the sunshine of the classical civilizations, when perfectly formed philosophers sat debating in public colonnades, monk-free.” But, of course, not all was sunshine and roses!

Two Cheers for the Middle Ages! by Eric Christiansen | The New York Review of Books.

Musée Condé, Chantilly, France/Bridgeman Images
A country household in winter representing the month of February in the duke of Berry’s Book of Hours, by the Limbourg brothers, circa 1412–1416

* The Middle Ages by Johannes Fried; 1381: The Year of the Peasants’ Revolt by Juliet Barker; and Dark Mirror: The Medieval Origins of Anti-Jewish Iconography by Sara Lipton

Hardly the ideal of chastity, pray, and hard work. But not too surprising.

Sex, Mischief And Witches: Dark Side Of Life Discovered In A Medieval Oxford Nunnery.