“After many years in the shadows, Francis Towne’s haunting paintings of Rome are back in the light, beautifully displayed—they may appear a mere sideshow in comparison to the blockbuster exhibitions of great names, but they offer a luminous vision of a civilization lost in time, a tribute to the genius of a quiet man.”

See the other paintings and read the article here: Rome: Behind the Ruins by Jenny Uglow | NYR Daily | The New York Review of Books 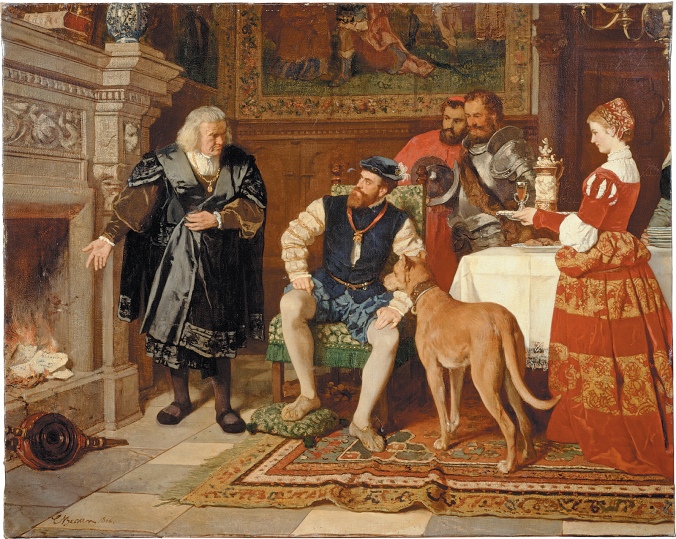 Martha Howell’s review of The Richest Man Who Ever Lived: The Life and Times of Jacob Fugger provides an excellent overview of early capitalism in Europe. If you are interested in the history of capitalism you’ll find this review enjoyable.

Bringing the past to bear on the present, Howell points out a notable fact about capitalism:

“If Fugger was not the “first capitalist,” the story of his life perfectly exemplifies sixteenth-century capitalism and suggests a fundamental truth about many more forms of capitalism, one that was so monstrously embodied by the Dutch East India Company: wealth is won and preserved with the support of a state that is, in turn, dependent on the riches accumulated by the few who excel in commerce. In some periods, at some moments of technological history, the riches are typically extracted from ever more efficient production, invariably aided by ruthless exploitation of human labor and natural resources. In others the wealth comes principally from control of supplies, manipulation of demand, and management of distribution networks. But always the merchants grow rich because state power protects them or looks away when the time is right—and does so because in a world where commerce reigns, neither the state nor a powerful merchant class can exist without the other. We have Steinmetz’s book to thank not just for telling Fugger’s story so well but also for showing us how the partnership between state and commerce worked in the earliest days of European capitalism.”

Read the review here: The Amazing Career of a Pioneer Capitalist by Martha Howell | The New York Review of Books

We can learn from history if we are willing to. We remember the Holocaust because of the important lessons it provides. “Never again” is the mantra. Unfortunately, we keep making the same mistakes.

If any peoples should have learned the lessons of exclusion and hate it should have been the Jews. Of course, many Jews have. Unfortunately, the leaders of the Israeli state have learned nothing from the past. This period does provides amble evidence of the dangers of nationalism and racism, especially when they become the guiding principles of authoritarian regimes.

Yet they are making the same mistakes with similar  (but not identical) consequences. This time they (the Israeli government and their right-wing supporters) are the victimizers. They may justify their behavior in the name of self-defense, but what they have actually done is locked themselves into a cycle of never-ending violence and revenge.

An excerpt: “But Israeli McCarthyism has an additional, distinctive element that deepens the madness. It is directly linked to Israel’s colonial project in the occupied Palestinian territories. Anyone who opposes the occupation in word or deed is now at risk. For the right, patriotism is synonymous with occupation and all that comes with it, above all the dispossession and expulsion of Palestinians and the theft of their lands. One can hear overtly racist rationalizations of this aim any day on the public radio talk shows. Put simply, the occupation system as a whole is ruled by the logic of stark division between the privileged Israeli occupiers and the Palestinian occupied, who are totally disenfranchised and stripped of all basic human rights.”

Read Zubovich’s brief overview of the history of this concept here: The strange, short career of Judeo-Christianity | Aeon Opinions 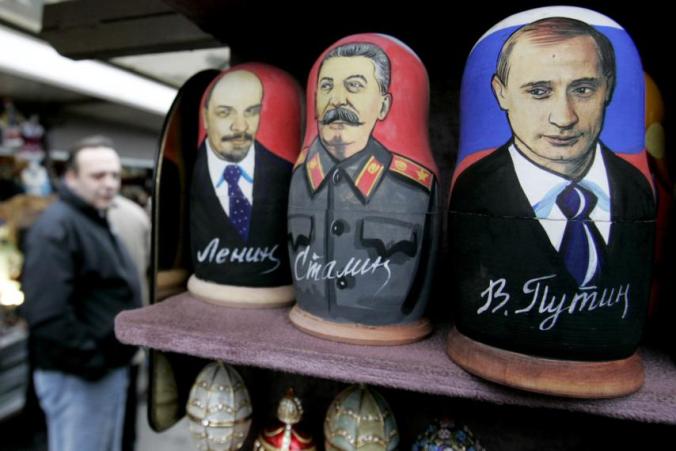 “There is hardly any country history has been as utterly rewritten as Russia’s, from the tsars to communism…Indeed, like in the times of Russian tsars, emperors and general secretaries, the current Russian leadership’s real concern is great power status, which in the case of Russia, has always been achieved at the expense of its citizens’ prosperity.” 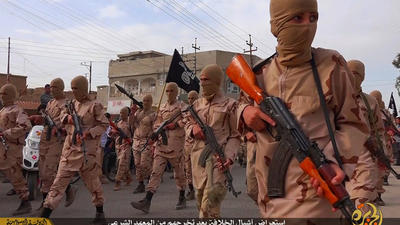 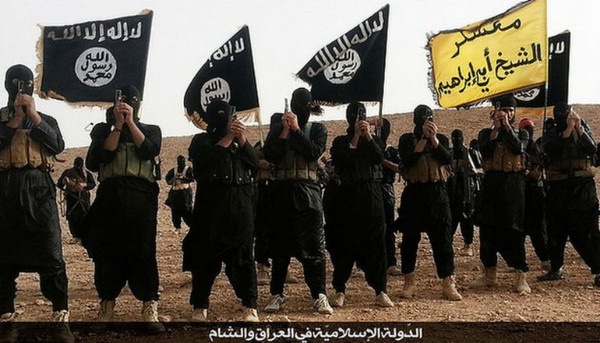 Like the historian Wayne Te Brake I think the wars of religion that occurred in Europe during the sixteenth and seventeenth centuries can teach us something about the current conflicts in the Middle East. However, I have to disagree with his optimism concerning the current cease-fire in Syria.
Brake points to the well-known settlements to the European conflicts: “the Religious Peace of Augsburg (1555), the Edict of Nantes (1598), and the Peace of Westphalia (1648).”  While admitting that these were the result of a “grudging consent” rather than “the acceptance of explicit blueprints for a pluralistic future,” he sees in them hope for peace in the Middle East. This may be true in the long run, but the analogy between the current situation in Syria and the above peace settlements fails to take into account some important differences.
First, I think its’ important to note that the first two of the above peace settlements did not last. The breakdown of the Peace of Augsburg resulted in the Thirty Years War and the Edict of Nantes was revoked in 1685 by Louis XIV, unleashing a new rounds of violence. It was only after the idea of toleration was accepted as something desirable that we began to see permanent peaceful relations between the various religions in Europe. This is why Locke’s A Letter Concerning Toleration was so important. Locke was not the first, or the only person, to advocate in favor of toleration, but his influence in changing people’s attitudes about religious diversity that made him such an important figure in the West.
In the conflict zones of the Middle East today there are few, especially those in power, who are willing to accept even a grudging toleration. Without this there can be no lasting peace. The peace in Europe was enforced by powerful states, who despite not accepting toleration as a good were willing to enforce policies of toleration because it was in their interest to do so. The wars had taken such a toll in lives and treasure that a politique policy became necessary. This willingness, or even the ability, to follow a similar policy in Syria, the Islamic State, or Iraq is missing. And even if they get to the point of accepting a grudging toleration in the name of stability, it will not be permanent until there is a change in world view. 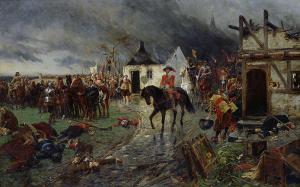 We all say we want peace, but at the same time we unwittingly engage in behaviors that perpetuate violence. As philosopher Simon Critchley notes, “we are all players on history’s bloody stage.” Human nature is in large part to blame. However, biology is not destiny. The purpose of civilization is to tame our wilder side. Yet, we still have not been able to end the violence.

Critchley offers an important insight into this intractable problem: “We live in a world framed by violence, where justice seems to be endlessly divided between claim and counterclaim, right and left, freedom fighter and terrorist, believer and nonbeliever, and so on. Each side appears to believe unswervingly in the rightness of its position and the wrongness, or indeed ‘evil,’ of the opposition. Such belief legitimates violence and unleashes counterviolence in return. We seem to be trapped in deep historical cycles of violence where justice is usually simply understood as vengeance or revenge.”

This is not a new insight, but it one that is difficult to sell. If we were reflective enough, we would see this trap we’ve set for ourselves. This insight also requires a broad and deep knowledge of history.  It is much easier to offer simple solutions that satisfy our egos and our intuitions. The good vs. evil narrative is simple and it lets us off the hook for any wrongdoing. Savvy politicians know this and use it to their benefit.

Is there any hope then? Critchley offers art, and music in particular, as a solution. But I don’t think this is enough. It will take a much broader effort to convince enough people that we are in fact part of the problem. We also need leaders willing to take up the cause and inspire a new generation to see the world and our place in it differently.

Source: The Theater of Violence – The New York Times

Dinesh D’Souza, true to form, comes out with another propaganda film. In order to discredit the current Democratic Party he using the Republican’s favor trope: claiming that the Democratic Party is the racist party because at one time it was the pro-slavery and racist party. Of course, they forget to mention that the parties basically traded positions on issues of race after LBJ’s signed civil rights legislation and the Republican party decided to expand their base by going after the disaffected southern Democrats in what is called their “southern strategy.” But this probably won’t matter to many conservatives who would love to believe that it’s the Democrats who are racist. 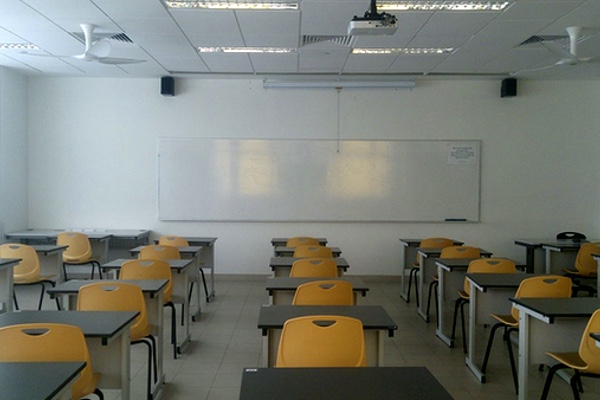 I share the same concerns as Ron Briley. He is rightly troubled by the side lining of history in favor of STEM (science, technology, engineering, and math) courses. He notes, “This view of higher education as simply providing the basis for job placement within a technological society may be understandable in light of the student loan debt burden, but it is shortsighted and fails to address the larger goals of a college education.”

A knowledge of history in all its complexities remains vital to the health of our democracy. History is more than names and dates. It helps us make sense of the world around us. It teaches us humility as we struggle to understand the complexities of human nature and the world. It shakes us from our simplistic worldview so that we can better address the problems of the world. It offers lessons and warnings if we are willing to learn from it. It forces us to see the world from different perspectives. And, of course, it offers us great stories. We should resist the transformation of education into a job training program. We are human beings not worker bots!