What has been the impact of the “Stand your Ground” laws since their enactment? This is the subject of an article in The New York Times today. After examining several new studies on the subject, Robert J. Spitzer concludes that “[n]ot only have these laws failed to increase public safety, they have also turned the clock back to the mythologized mayhem of the Wild West.” And he points out, “We’ve learned this lesson before, in our own violent past, when strict regulation of concealed gun carrying was the near-universal and successful response to gun violence. As early as 1686, New Jersey enacted a law against wearing weapons because they induced ‘great Fear and Quarrels.’ Massachusetts followed in 1750. In the late 1700s, North Carolina and Virginia passed similar laws. In the 1800s, as interpersonal violence and gun carrying spread, 37 states joined the list. Tennessee’s 1821 law fined ‘each and every person so degrading himself’ by carrying weapons in public. Alabama’s 1839 law was titled ‘An Act to Suppress the Evil Practice of Carrying Weapons Secretly.’ Why must we relearn a lesson we codified centuries ago? How dumb are we?” It’s unlikely that these laws will be repealed any time soon. Evidence means little to the NRA and its zealous followers. 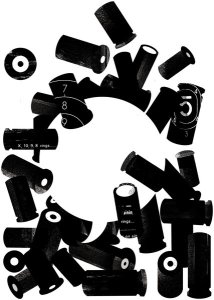