More attempts by the Japanese government to deny the use of comfort women by the Japanese army during WWII. Nogawa Motokazu gives an update on the situation in Japan and concludes: “These moves of the government and the ruling party not only prevent any improvement of Japan-Korea relations but also inflict a second victimisation on the victims of Japanese military’s wartime sexual slavery, who are still living in many parts of the world. We should never forget this.” Read his entire article at: 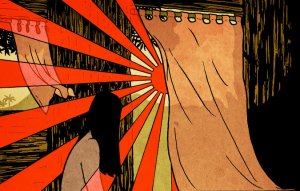