The historian Mark Byrnes warns against the “unconditional surrender” mentality that has taken hold on the right: “Like the uncompromising Tea Party Congressional caucus does with domestic issues, Cotton seems to think that in diplomacy, any kind of compromise with an adversary, anything less than total victory, is abject failure. As I’ve written before, this attitude is dangerous enough when it shuts down the U.S. government or blocks meaningful action in Congress. When it is brought to bear on the world stage, it can be catastrophic.” Read his entire article: 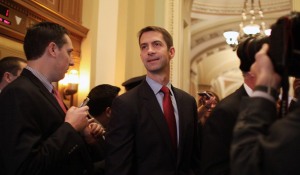