The history of the Paris Commune is little known in the United States, but this history is not only riveting it has important lessons to offer. In 1871 the working class of Paris seized control of the government in Paris. However, the short-lived rule of the Communards ended with the massacre of approximately 15,000 to 20,000 by the French army. John Merriman recounts this tragedy in Massacre: The Life and Death of the Paris Commune. In his review of this book, Ron Briley sees this book as “provid[ing] an opportunity for contemporary readers to revisit the Commune and consider its legacy—for global capitalism has failed to provide the ending of history and dawning of a new age of prosperity following the collapse of the Soviet Union.” Read the entire review here:

History News Network | Review of John Merriman’s “Massacre: The Life and Death of the Paris Commune” 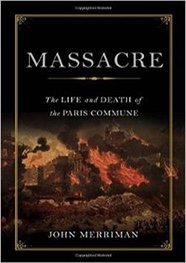