Brian Glyn Williams weighs in on the “who created ISIS” debate. He concludes that it was the policy of disenfranchising the Baathists (civilian and military) that “fulfilled the Law of Unintended Consequences,” and “opened the Pandora’s Box that would ultimately lead to creation of ISIS.”

Here’s an excerpt from the essay: “The Iraqi military, which consisted of 385,000 men in the army and 285,000 in the Ministry of Defense, was a much respected institution in Iraq and its disbandment shocked Iraqi society. The tens of thousands of Iraqi soldiers who had taken their weapons home instead of fighting the American invasion felt betrayed when they were fired. This created a recruitment pool of armed, organized and disaffected soldiers. In one fell swoop these Iraqi soldiers lost their careers, their paychecks, their pensions and their source of pride. General Daniel Bolger would claim that de-Baathification ‘guaranteed Sunni outrage.’[6]” 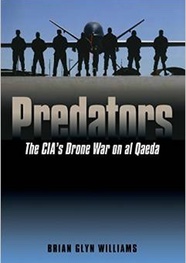 One thought on “History News Network | Did the Bush Invasion of Iraq “Create” ISIS?”