It’s easy to forget our anti-Catholic past with six Catholic Supreme Court Justices (Alito, Thomas, Scalia, Roberts, Kennedy, and Sotomayor) and a significant Catholic presence (30.7%) in Congress.  “But it was not that long ago that word of the impending arrival of a pope on the shores of the United States would have triggered bloody riots and a call to arms. Indeed, for most of this nation’s history Americans saw the Pope as a sinister and dangerous leader who was determined to destroy America’s experiment in republican government,” as Edward T. O’Donnell reminds us.

It’s hard to over state the significance of this change in attitude. But rather than attribute this change to “the strength of religious tolerance in modern American society” in general, as O’Donnell claims. I think it has more to do with demographic changes (thanks to large numbers of Catholic immigrants) and the realization on the part of conservative Protestants that they have a lot in common with Catholics, who have become allies on many issues dear to Protestants. But for whatever reason, the new-found tolerance of Catholics is encouraging for the future of religious liberty.

The history of anti-Catholicism sentiment should remind us that the fears that drive intolerance are usually grounded in falsehoods and prejudices, not reality. Therefore, we should always be skeptical of  malicious claims hurled at any group. They are often false. And besides, we should treat individuals as individuals, not as representatives of a particular group.

And as O’Donnell reminds us, “we must not delude ourselves into thinking our work is done on this front [toleration]. For the history of United States makes clear that this tradition of religious tolerance is one that has evolved and expanded over time to include many faiths initially deemed beyond the pale, including not just Catholics but also Jews, Mormons, and Jehovah’s Witnesses. We would do well to keep this in mind as recent immigration continues to expand the nation’s religious diversity. This is especially true in the case is Islam, a religious tradition that polling data reveals many Americans view with fear and hostility not very different from that reserved for Catholics a few generations ago.”

Read the entire article here: The Pope Is Coming to Get Us — At Least That’s What We Used to Think | Edward T. O’Donnell 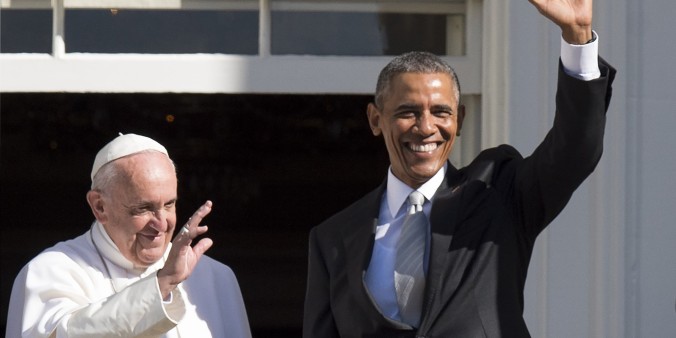