“Seventeen universities are to close liberal arts and social science courses.” The nationalist Japanese government has achieved what many conservatives in the U.S. would like to achieve.

This does not bode well for the future!

“A recent uproar over a Tennessee middle school history course that touches on Islam has federal and state lawmakers calling for changes.”

This is really sad! These politicians either don’t understand the difference between teaching the history of a particular religion and indoctrination,  or they’re exploiting this issue for political gain. Either way this type of bigotry and divisive politics is unacceptable!

They’re even railing against the “bias” in favor of Islam!! Seriously! 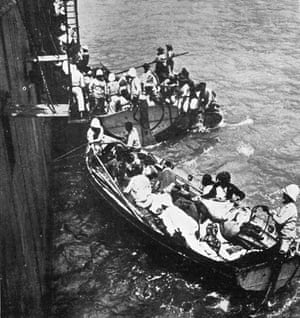 The fake historian David Barton is at it again. He asserts, “The Bible says if you engage in homosexuality, your body will do things that penalize you…So if you can have a vaccine for AIDS, then you’re keeping your body from penalizing you. I don’t think they’ll ever find a vaccine for AIDS.”

“How far is too far in relabeling things named for great but flawed Americans?”

Stephen L. Carter argues that we’re making a mistake when we seek to rename events, buildings, etc. because they were named after some less than perfect Americans (i.e. they owned slaves, were racist, etc.).

He concludes, “Jefferson or Jackson, Truman or Wilson, Sanger or Faulkner — all held unworthy attitudes shaped by the values of particular eras. We should accept and explore our history, with all of its complexity and horror, including the possibility that we can admire some aspects of the greats of the past without endorsing everything for which they stood. If instead we’d rather spend time on erasure, there’s a nice domed memorial on the National Mall that needs a new honoree — in a capital city itself named for a man who owned 318 human beings.”

I have to agree with Carter. Let’s recognize (and abhor) their flaws, but we shouldn’t scrub all traces of them in the public square.

Source: Honor the Past, Not the Racism – Bloomberg View

Like Loading...
M. Andrew Holowchak challenges some popular interpretations of Jefferson’s contention that “[t]he tree of liberty must be refreshed from time to time with the blood of patriots and tyrants.”
After reviewing Jefferson’s thinking on the relationship between the people and the government, he concludes: “The people ‘preserve the spirit of resistance,’ and that spirit of resistance in turn preserves their rights and liberties. Governors cannot be trusted.  Yet Jefferson did not always appeal to hyperbole or rebellion to make his point apropos of acting on behalf of preserving liberty. He recognized that once a constitution was in place, there would be a limited role for rebellion. He says to C.W.F. Dumas (10 Sept. 1787), ‘Happy for us, that when we find our constitutions defective and insufficient to secure the happiness of our people, we can assemble with all the coolness of philosophers and set it to rights, while every other nation on earth must have recourse to arms to amend or to restore their constitutions.’”
Source: History News Network | Did Jefferson Really Mean It When He Said Liberty Now and Then Requires the Shedding of Blood?

In FDR’s inaugural address in 1932, he famously said: “the only we thing we have to fear is fear itself.” In his speech he was referring to a fear that was “paralyz[ing].” But this famous quote equally applies to a different kind of fear. A fear that mobilizes.

The last several years have seen a rise in nationalism, xenophobia, and intolerance, which are fueling the rise in religious and ethnic violence. We cannot attribute this rise in hatred to one cause, but underlying many of these events are some common factors, whether past or present.

As human beings we are prone to tribalism. It is in our DNA, but we must remember that biology is not destiny. We can live peacefully side by side with those who are different, as we have frequently have done. However, this peace can too easily be shattered by changes in circumstance that cause feelings of insecurity  and uncertainty (such as economic downturns, changes in climate that lead to drought, real and imagined resentments, etc.). The resulting anxiety leads to the inevitable search for scapegoats (usually a foreign or disadvantaged group). Such conditions are ripe for the cunning demagogue. By exploiting the fears and prejudices of one group, he (or she) can mobilize this group into projects that serve the political/ideological/economic purposes of the demagogue. This pattern is repeating itself across the globe.

It appears that we are set to repeat the horrors of the twentieth century. Maybe not on the scale of WWII with large national armies (although that is possible as well), but more likely it will take the form of a guerrilla-style fighting that is brutal and barbaric. But no matter what form it takes many more innocent people will suffer unless we figure out some way to live with those who are different from us. Demanding a brutal conformity is not a viable option, unless we want to live in a totalitarian society that has no qualms about using fear, coercion, and violence to achieve such conformity. Attempts to create uniformity (which inevitably fail) come at too great a cost, as Jefferson recognized: “Is uniformity attainable? Millions of innocent men, women, and children, since the introduction of Christianity, have been burnt, tortured, fined, imprisoned; yet we have not advanced one inch towards uniformity.” Jefferson was speaking of religious conformity, but the same sentiment applies to all efforts at conformity, whether national, religious, or political.

This brings me to the article by Marilynne Robinson. Even though Robinson was writing in the context of domestic events and our gun culture, her analysis leads to conclusions that are similar to mine above. In fact, she begins by referring back to the Wars of Religion in France, in which the Catholic majority tried to exterminate the Protestant minority (Huguenots).

“The terrible massacres of Protestants in France in the sixteenth century, whether official or popular in their origins, reflect the fear that is engendered by the thought that someone really might destroy one’s soul, plunge one into eternal fire by corrupting true belief even inadvertently. If someone had asked a citizen of Lyon, on his way to help exterminate the Calvinists, to explain what he and his friends were doing, he would no doubt have said that he was taking back his city, taking back his culture, taking back his country, fighting for the soul of France.” (although they saw it more in terms of defending the “true” religion.)

Based on these insights she came to the same basic underlying factor that unites the Wars of Religion with the fanatic gun rights advocates in the US (she’s not saying they are the same, only that they are motivated by a similar attitude towards another group): “At the core of all this is fear, real or pretended. What if these dissenters in our midst really are a threat to all we hold dear? Better to deal with the problem before their evil schemes are irreversible, before our country has lost its soul and the United Nations has invaded Texas. We might step back and say that there are hundreds of millions of people who love this nation’s soul, who in fact are its soul, and patriotism should begin by acknowledging this fact. But there is not much fear to be enjoyed from this view of things. Why stockpile ammunition if the people over the horizon are no threat? If they would in fact grieve with your sorrows and help you through your troubles?”

The historians Andrew Burstein and Nancy Isenberg weigh in on the present state of politics (spoiler alert: it’s not pretty). They note the long history of demagoguery in the U.S., but they also point out what is different today: “a pliant media and a reality TV culture.” These two additional factors make today’s demagogues significantly more dangerous.

This excerpt sums up the problem: “We have no indication that Trump thinks very hard about consequences. Half-baked generalizations roll off the tongue of the superlative-seeking demagogue. Will his followers ever demand facts from him? Probably not. When you are a demagogue, you only have to promise stuff, identify and threaten the bad guys, make bold declarations like, “I’ll be the best president for the military,” and keep the fans excited. Nothing is real. That how politics operates when it’s all reality TV. And don’t forget to wear your flag pin in the next scene.”