According to the historian Gary Scott Smithis the two obstacles to making Lincoln a saint were: “first, that he was fatally shot in a theater, an embarrassingly unsanctified place for a savior during the Victorian era. The clergy rationalized his attendance at Ford Theater, arguing that he had gone reluctantly to please his wife and gratify others. The second, larger difficulty these pastors encountered was that Lincoln had never explicitly testified to his faith in Christ. While some pastors bitterly regretted that he did not publicly profess faith in Jesus Christ as his Lord, others countered that his actions demonstrated his faith or that he had accepted Christ as his savior in response to his son Willie’s death in 1862, or at Gettysburg in 1863, or at some other unknown time.” For further examination of Lincoln’s religious sentiments and the difficulties in making him an American saint read the entire article:

History News Network | The Two Obstacles Ministers Had to Overcome Before They Could Turn Lincoln into a Saint. 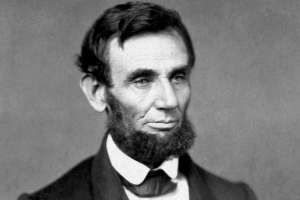