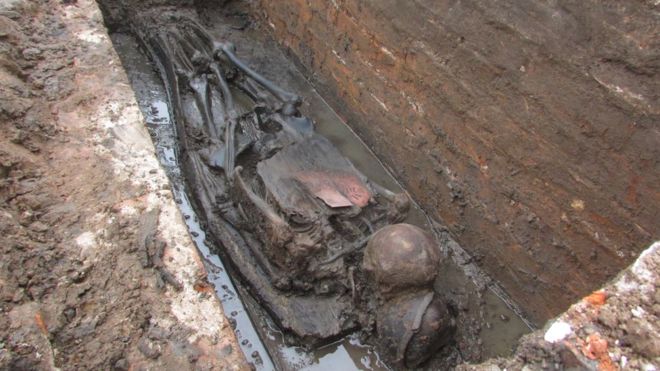 “The bodies of 800 children aged under six are among the remains of nearly 2,000 people unearthed ahead of the construction of a road in Lancashire.”

“Dave Henderson, an expert in the study of bones with Headland Archaeology, said full analysis of the skeletons had ‘barely started’ but the team believed most of the children had died from infections in the lungs and guts.”