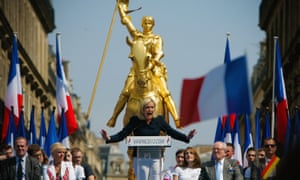 Is Santayana’s truism that we are doomed to repeat the past if we don’t remember it? This is the question David Rieff set out to answer. It is a question worth asking. I myself have given the issue a lot of thought. In fact, I addressed this very subject in my research as a graduate student.

Rieff argues that “there are times when some things are best forgotten.” He doesn’t argue that all history should be forgotten he argues that in cases in which “collective memory condemns communities to feel the pain of their historical wounds and the bitterness of their historical grievances it is not the duty to remember but a duty to forget that should be honoured.” Why? Because this type of collective memory often leads to violence. On this I agree, but I don’t think it follows that  history is the problem.

In fact, I don’t think what he claims as history is not history at all. He actually referring to what he himself identifies as collective memory. Collective memories are constructed and, therefore, ripe for the abuse of history.  The problem with these constructed narratives is that they are created for political purposes. Rather than trying to understand the past, certain individuals or groups intentionally construct narratives that glorify the particular group. While they often unify the group they often do so at the expensive of other groups, often exploiting people’s fears and prejudices. Therefore, they are intentionally designed as “us” vs. “them” narratives. And they are particularly effective during times of instability or uncertainty.

Sobodan Milosovic, the Serbian president, gives a speech at the Kosovo battlefield where on June 28,1389 the Serbs were defeated by the Ottoman Turks.

To explain, let’s look at one of Rieff’s own examples and one I know very well: Yugoslavia. The breakup of Yugoslavia from 1991 to 1995 (not including later events in Kosovo) was a horrific, brutal, and violent affair. Watching from afar the war appeared to be nothing more than a continuation of “ancient ethnic hatreds,” a rationale that played into the hands of both president Bush (papa), and president Clinton, neither of which wanted to get involved. And the rhetoric and images coming out of the former Yugoslavia seemed to confirm such a conclusion (see image above).

Rieff is right to conclude that these narratives stoked hatred and a desire for revenge. But to conclude that therefore it would be better to just forget past violence and injustices is well-meaning but mistaken. The nationalist rhetoric that created the hatred was built on false narratives intentionally constructed to stoke hatred. The problem is not history, but false history.

And, as I argued in my dissertation, the rise and appeal of nationalism at that time was partly the result of the suppression of the past. There has been so much horrific violence committed between the ethnic groups that made up Yugoslavia during WWII (particularly between the Serbs and Croats) that the new leader of Yugoslavia, Broze Tito,  banned all commemoration and/or discussion of the violence committed during the war against each other.

This strategy ended in complete failure. First, because those who had been victims of this violence did not forget. Second, the suppression of the truth only created resentment, and the victims were never given the opportunity  allowed to reconcile and heal from their horrendous experiences.

Soon after Tito’s death the the taboo was lifted, and at just the time when Yugoslavia was suffering an economic crisis from a world-wide recession made worse by punitive austerity measures imposed on them by the IMF. The people of Yugoslavia were ripe to hear a nationalist message that explained their suffering. It offered them certainty, pride, and a scapegoat. Perceptive demagogues like Slobodan Milosovic skillfully exploited the situation for his own political gain (he was not a true believer in his rhetoric, but his followers were). Violence against those they considered the source of all that was wrong in their lives would soon follow.

But the problem was not history itself. Instead, it was the abuse of history. It was distorted nationalist narratives that glorified one’s own group while demonizing others. And this is why we need real history based on a genuine commitment to understand the past and to the truth as best we can know it. This is what was lacking in Yugoslavia and in constructed national narratives. If we want to combat the magical powers of nationalism or any exclusionary, self-aggrandizing narrative we need an educated population that can recognize these narratives for what they are: political spin.